The Microsoft Kinect for Windows (K4W) team has done it again. They have released some new beta software, and an sdk to go along with the new Kinect v2 device

Note: This is based on preliminary software and/or hardware, subject to change

In their most recent update for the Kinect v2 SDK (preview 1403). Members of the Developer preview program have the ability to check out the new Kinect Studio v2. What’s nice about this is Microsoft focused the majority of their efforts on implementing the much anticipated Kinect Studio application for Kinect version 2 device.

This posting is about the capabilities of the Kinect Studio for version 2 Kinect devices and how the application works. It also discusses potential usage patterns, and a quick step by step instructions on how to use it with a custom Kinect v2 based application. If this sounds interesting please read on.

KinectStudio v2 allows a developer, tester, and enthusiast to test a custom Kinect v2 based applications against multiple recorded samples. It also allows a developer view data that the Kinect v2 device sees on a per pixel basis for a particular frame. As a quick snapshow see the figure below.

Let’s break down the current capabilities:

How does this tool work?

The KinectStudio v2 application is a Windows Presentation Foundation application that hooks into some managed and raw native C++ libraries for accessing the Color, Depth and IR streams of data. The tool leverages either a direct connection to a Kinect v2 device, or a specially formated .Xef binary file, which has its roots in the .XTF xbox files.

When connecting to a file through the File->Open command, you are presented with limited features such as playback features for monitoring values within the sample .Xef file, and viewing frames of information.

When connecting to a live Kinect v2 Device, or through the File->Open from repository command:

You are presented with many more features, such as the ability to playback the live stream one or more sources of data to a custom application.

Before you go thinking of ideas about how to exploit this concept, I am almost certain Microsoft will only license this as a test bed, and it will probably only be available to use for test based scenarios. In otherwords, I doubt Microsoft releases this mechanism as a production time assistant to be able to multiply the number of Kinect devices by using this psuedo Kinect Device proxy replica, however we must await what Microsoft decides to do with this.

Thus in order to use this approach you need either a live Kinect v2 device – which does send live data and feeds to the Kinect Service, or you need to run the KinectStudioHostService application and open an .xef file for the service host to read to mimic the Kinect v2 device. The latter you do by clicking the “Connect” button to interact with a already running instance of the KinectServiceHost.exe: 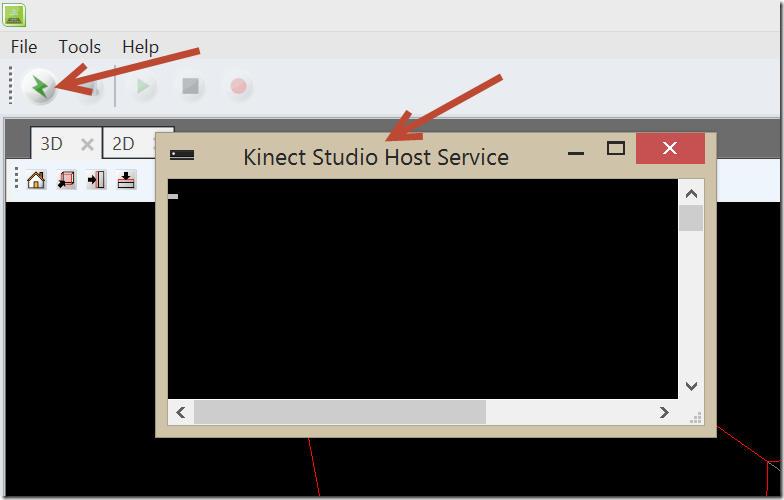 Once connected, AND the KinectService is running the remaining features as mentioned earlier open up. 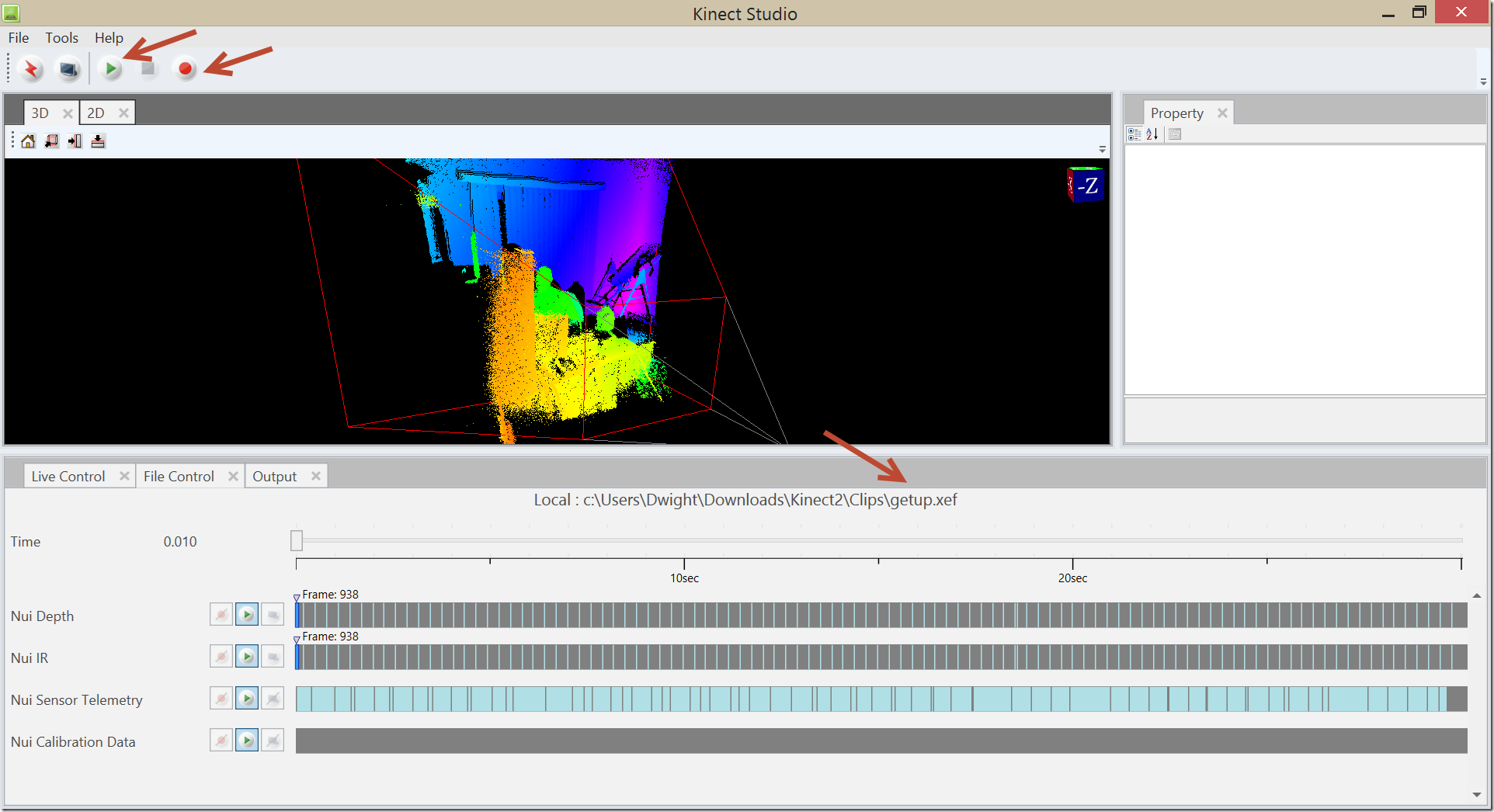 There are many ways in which this application was intended to be used, and of course some that are not intended. Let me first say that this tool is not really set for Machine Learning. The amount of data, computers, and repository girth needed for machine learning, or even Big data analysis far outreaches this tool. However one of my friends and colleagues Andreas, suggested maybe we put together a big repository of recorded clips, .xef files so that we can use it like a big test bed repository. Well maybe we could do some poor man’s machine learning version…??? Anyway with the have not’s out the way let’s continue with the have’s…

There are also many usage patterns where I would personally like to see it used, however for this release, it is not available- and may not be unless we all speak up…

Steps to send data to a custom application through KinectStudio v2

The steps I would take are:

In case you’re wondering what does all this sum up to, I’ll tell you. This tool will allow you to test custom applications which utilize the Kinect v2 device for windows. You can record a person interacting with your application, and play that clip back time and time again to test the functionality of your application. You can see depth values, IR values, and color pixel coordinates. The best part about all this is that once you have one or more recorded clips you don’t need a physical device to test the custom application. You can simply link KinectStudio v2 up to your Kinect Service and Kinecct Host proxies, and then launch your custom application through VisualStudio.Net or executing it live, and sit back and monitor!